Consoles of my life

It was the 80s, although I was not aware of what it meant to grow up in the so-called 'movida' in Madrid, in the boom that supposed all kinds of transgressions, those changes that, like an earthquake, turned things upside down, losing the north of what the routine of our parents, children of the postwar period, could not conceive in dreams that did not even exist in their minds.

My destiny was even further from the normality of other children ... I was born in Ceuta, and that entailed an even more peripheral childhood than having been raised in a Castilian village. At that time, the estraperlo, as a good border point between the Moroccan exotic, the humble life of my family, often nomadic, on horseback between the republic and the nationalists from the other side of the Strait, made everything even stranger, if fits. My parents had grown up fast, forgotten from a young and innocent age that they never enjoyed, adults in small bodies, seeking to help in some way with the family economy, or at least not being just another mouth to feed.

All this, thanks to his sacrifice, I did not experience. I grew up with these stories that I still did not understand but that would make me the person I am. My whole world was well-done calligraphy, my after-school crafts, and tracing in drawers and cabinets in my house everything that would launch me into fantastic stories to alleviate my concern. And there, one autumn afternoon, spending dead hours at my aunt's house, was when I saw him: Atari. It was a thick rectangular black and brown board with buttons and a pair of black sticks facing up. The Spanish Legion came to mind, so typical of my Ceuta world, like a military control radio. But it emitted a strange sound that despite my screeching enraptured me. When that device was connected to the Telefunken, a huge, monstrous television that lasted an eternity, I already knew that this unknown universe would completely absorb me for the rest of my life. 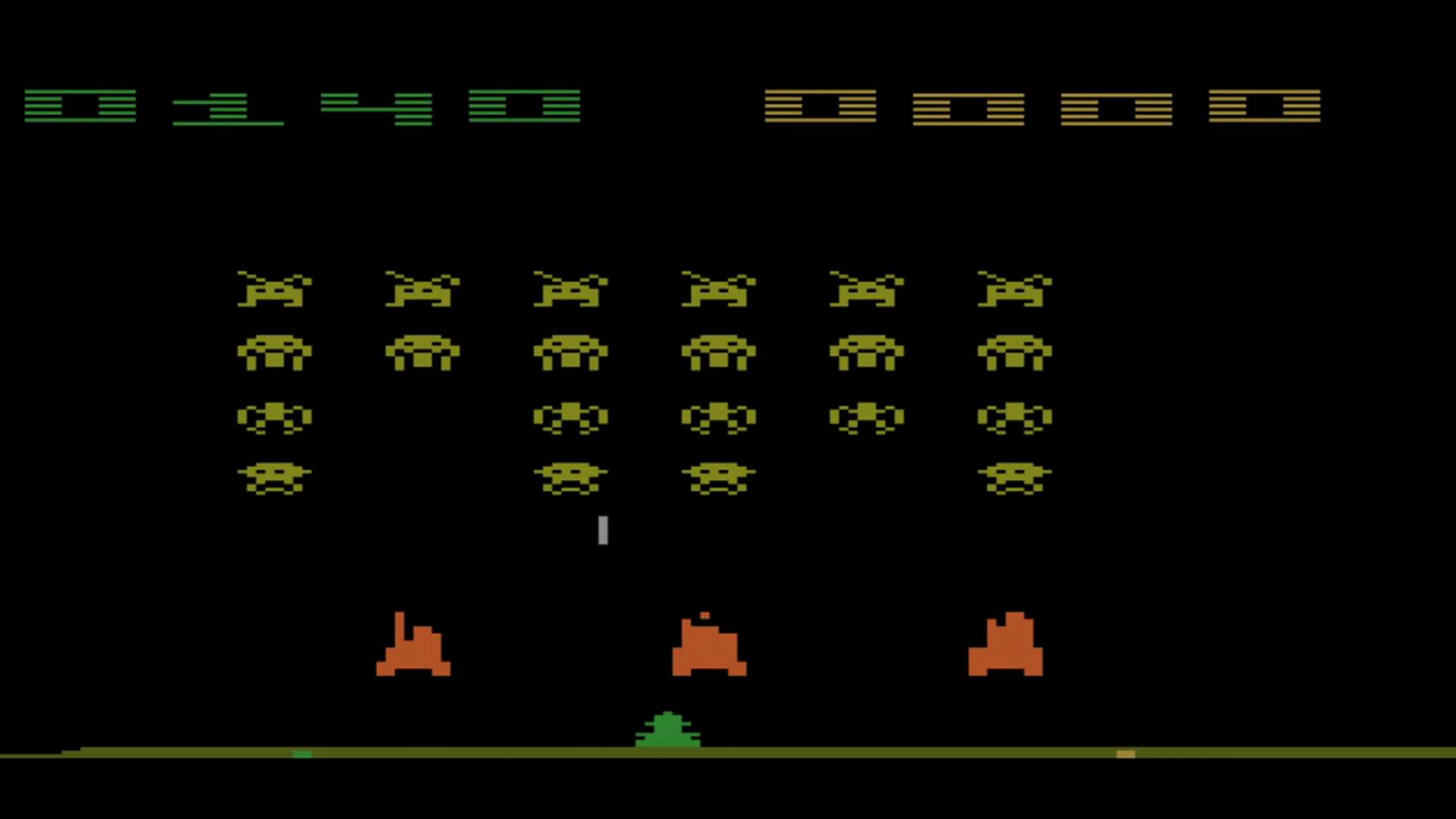 Arkanoid and Marcianitos, practically colored pixels with that 'pic pic pic' and 'chium chium', were my most precious hypnotic company on that autumn afternoon, along with my dolls that encouraged me to continue managing my new vocabulary, like joystick and tapes to load.

But that was not my home, nor that device was mine. Everything was borrowed. My family met on Sundays, the only day that my parents were present in my world. Free Sundays to share with your children, in those times ungrateful children who often did not value that immense sacrifice they made for a better future. Uncles, cousins and grandparents used to meet at the house, and we spent hours between ludo, cards and bingo. That was the group socialization we did together. Atari it seemed far away in those 24 hours. Until the Spectrum. 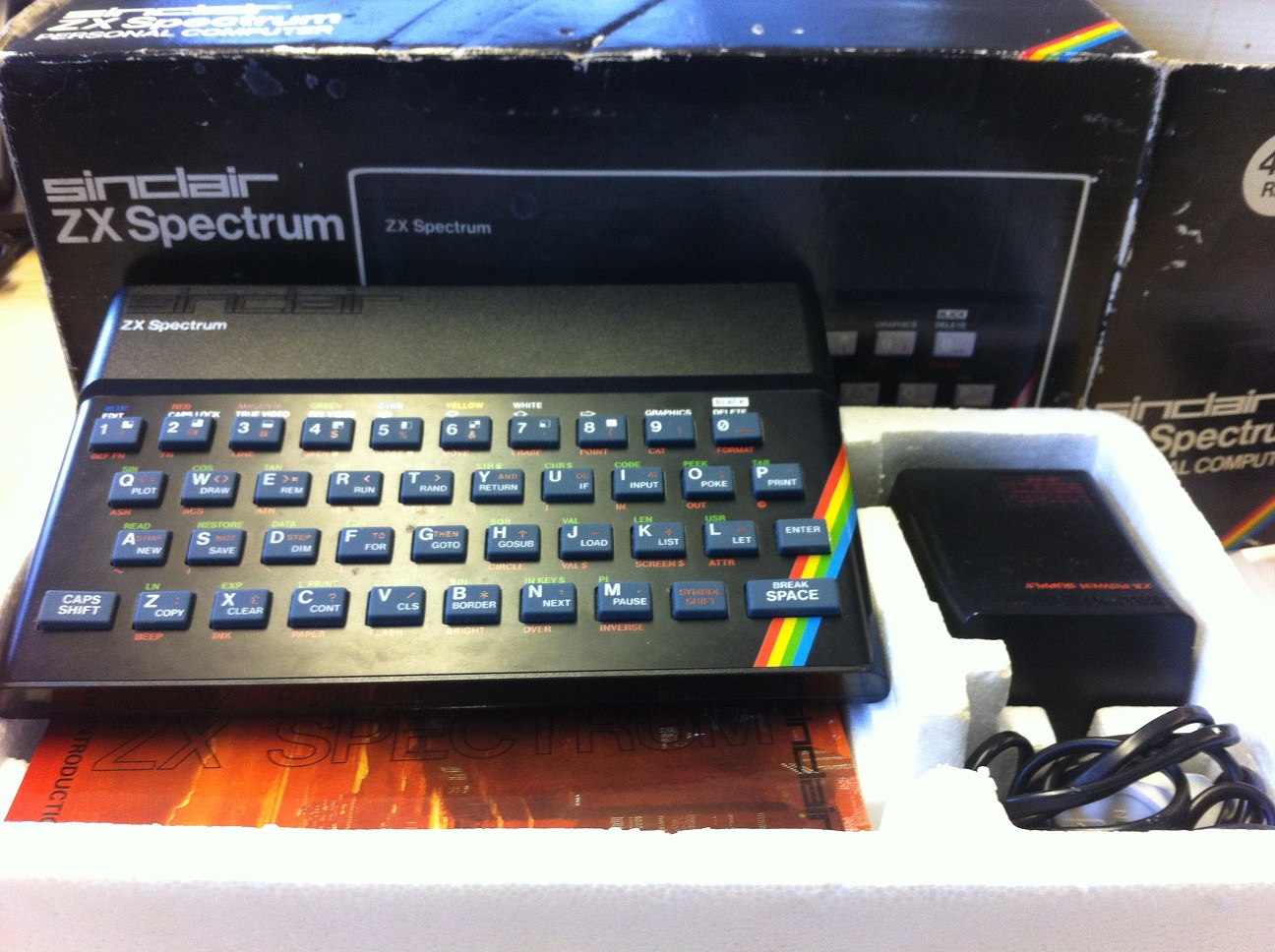 My brother opened, as a first-born, the world of tireless games that did not even load three, after hearing an incomprehensible squeaking language and developing a patience unknown to us children. Now, from a distance, I realize it was a ritual. Plugging in that rough black box, connecting cables, a separate grayish recorder where we loaded cassettes, eternal minutes, a blue or pink or yellow-striped screen, until finally, Kung-fu became visible, or race cars or grottos and gas pipes. 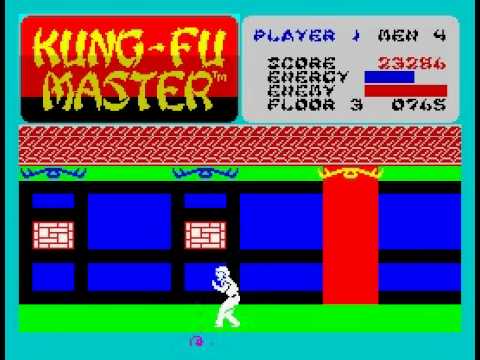 We did not leave the Lego pieces aside, neither the Marvel dolls nor the Grayskull castle. In that childhood everything was possible. Then the PC brought games like Blockout, which opened my mind in a 3D whose existence I did not know, Italy '90, when I learned the country flags while a handful of figurines went crazy for the same ball ...

I remember reaching my hands in the nineties battery powered machines round that, in black and white, showed how Popeye took spinach, or a plane from one of the great wars left gifts in the sky for some wretch. 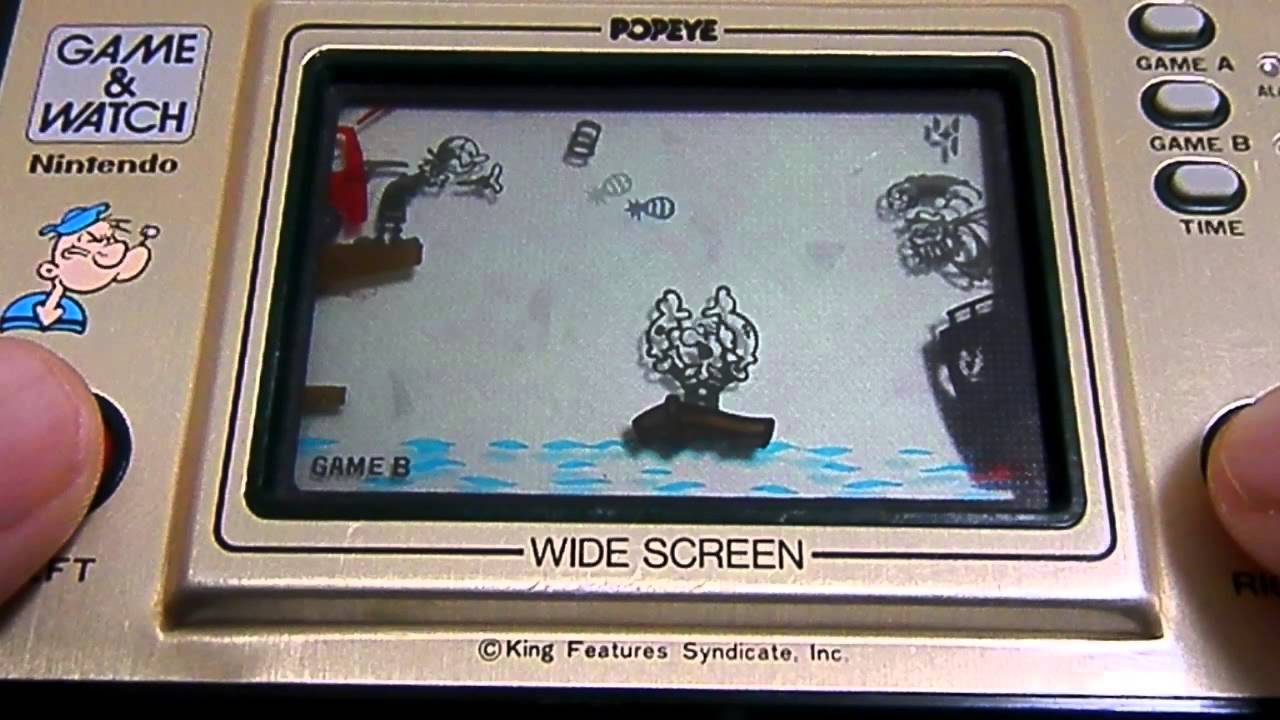 As time went by, Gameboy also appeared, but the second rush of my life came in my twenties, the PlayStation It swept my entire conscience and flushed my eyes with endless marathons of snipers and zombies. My life changed. Dreams were tinged with Nazis and Silent Hill settings. Until a few years later, I got rid of what I could not control, I boycotted my routine to return to have a time not sucked by imaginary universes that controlled me, and not the other way around. 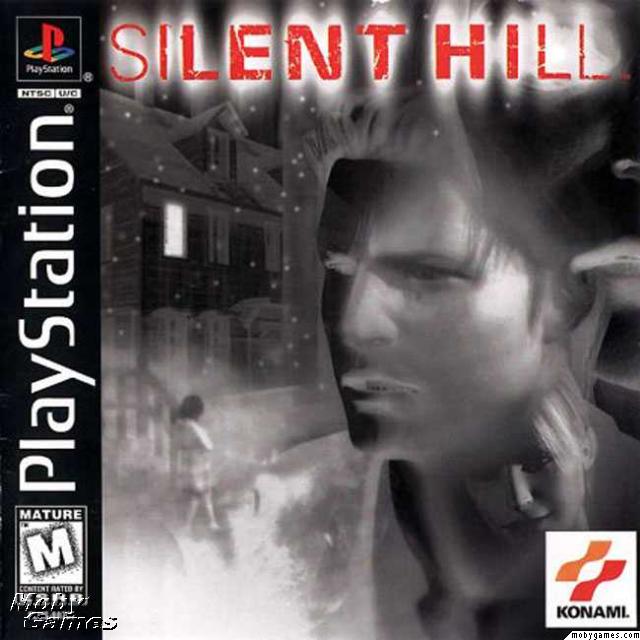 Now, years later, I play billiards and table football in company, human, and board games with flesh and blood people.

And I am still happy.