The true Gamers of today, those of the heart, not those who every year get hooked on the shooter on duty (without underestimating them, which is not about that either), we forged between the mid-80s and 90s. We learned to be patient , to have perseverance and, above all, to have imagination. As if we had not overcome those impossible video games in which you only started with three lives and had to manage to get to the final boss as it was. Unable to record game. Nothing of that. All based on practice and repetitions until the bell rang. That was indeed a challenge.

I still remember when my first console came into my hands: the Atari 2600. I do not remember it with much affection because, honestly, he was too young to know how to take advantage of it. And I don't think he understood the games: a little pixelated man running through the jungle jumping black puddles and clinging to lianas (Pitfall) or a racing game where you had to overtake your rivals while avoiding them (Enduro). 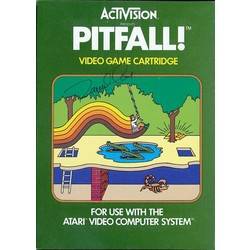 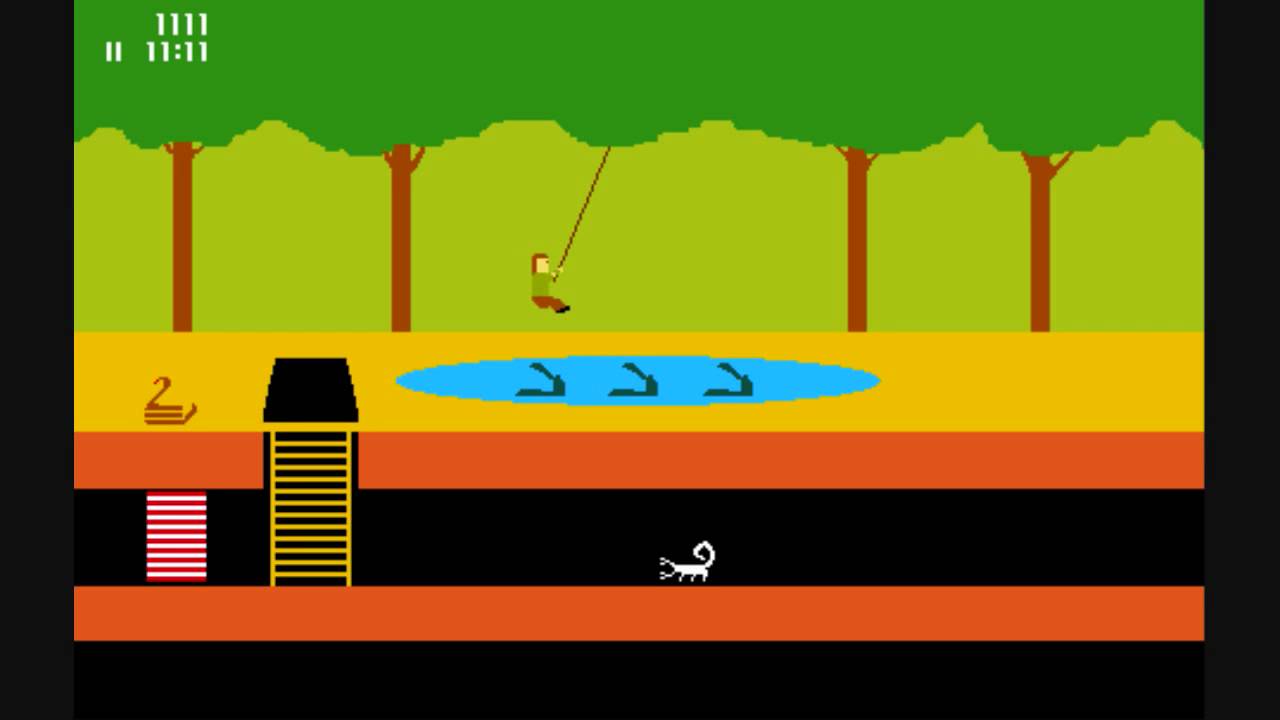 Luckily, a new (and better) 8-bit console soon landed in my home. Nothing to do with the previous one. Was the Nintendo Nes... Well, it was actually called Yess, which was a copy of Nintendo's (although I didn't know it at the time). There I met Mario and his brother Luigi in Super Mario Bros. (and my sister jumping off the couch when she wanted the characters on the screen to jump). To the glutton of Kirby (Kirby's Adventure), which acquired the ability of that enemy that absorbed. To the heroes of Against, with whom I spent hours and hours flawed with my friends imagining that we played a game of Rambo against the xenomorphic queen of the movie 'Aliens'. I even remember that they left me a Dragon Ball video game that mixed the use of cards with the RPG system (Dragon Ball Z II: Gekigami Freeza). Despite being in full Japanese, it ended up being my favorite. Don't ask me how, but I deciphered the menus and was able to recognize the names of the characters, eat a magic bean, and so on. Unbeatable to be able to defeat Frieza with your own hands. Well, you understand me. 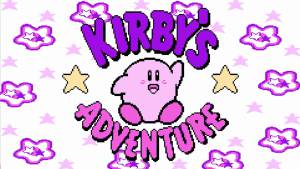 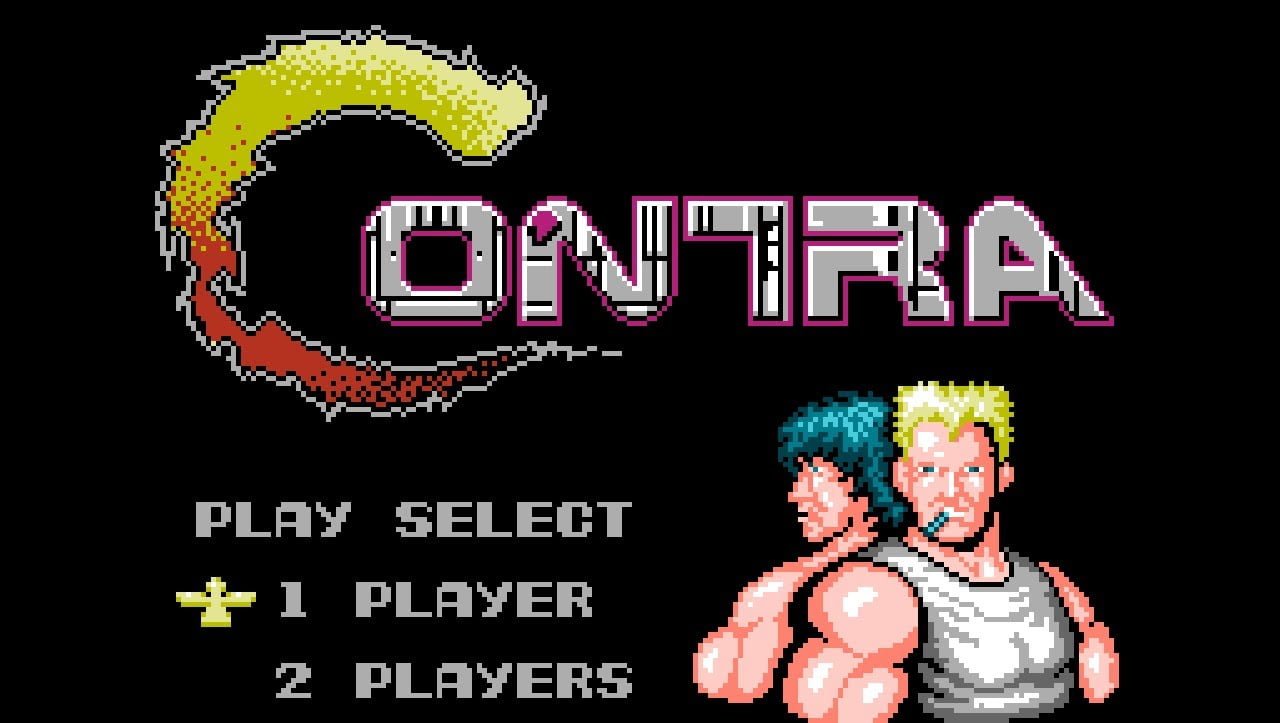 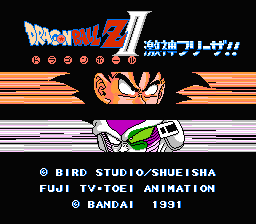 It was also in the Nes where I played my first RPG: Faxanadu. It took me a while to get used to a game as complex and long as this compared to what I had played before, of course. But I did not give up and I ended up catching the taste. I didn't have the same luck with him Ghostbusters II They lent me: I got stuck in one of the driving screens and I could never reach the end since I had to return it to its owner (it is a thorn that I have nailed, as they say). I also remember how much fun I had playing The Simpsons: Bart vs. The Space Mutants. The part in which Bart makes the typical call to Moe's Bar from the phone booth to play Moe asking for someone is priceless. Quite successful and faithful to the television series. 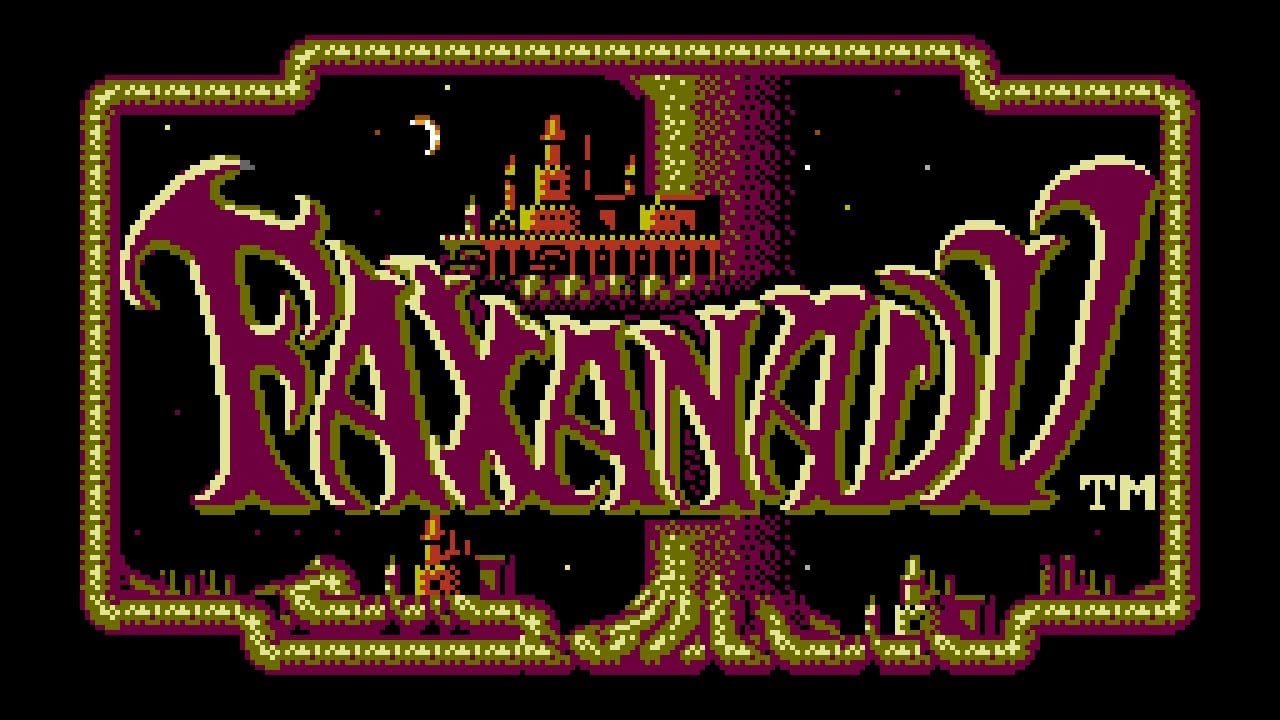 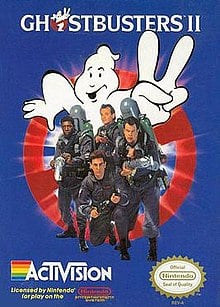 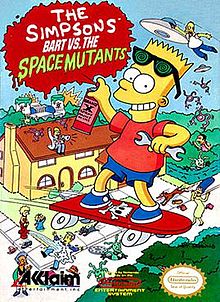 Then I switched to a laptop, because family finances did not give the jump to 16-bits. I was days and days undecided between the Game Boy or the Game Gear and, in the end, the color screen won. Buah! What a past, kid! Have versions of the great Mega Drive games (often the same version of the Master System) in the palm of your hand. For starters, he came with him Columns... had the whole family hooked on this sort of Tetris I personally liked it more. Then they joined my personal catalog Lemmings, where I had to save as many bugs as possible (it took years to know that those animals existed in the real world). What of Jurassic Park It was a bit of a fiasco, because despite the fact that I liked the game, I ended up spending it the same day they gave it to me, back in the Christmas days of 93-94 I guess. I was left with the face of: can it be changed? Fortunately, my friends didn't go far and we exchanged games. Since The Lion King (pretty good) or the Mortal Kombat II (with his easter eggs to fight hidden characters like Smoke -Toasty-), to Battletoads, Shinobi II or Chuck Rock II: Son of Chuck. 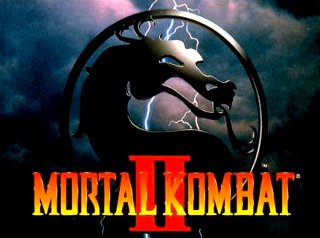 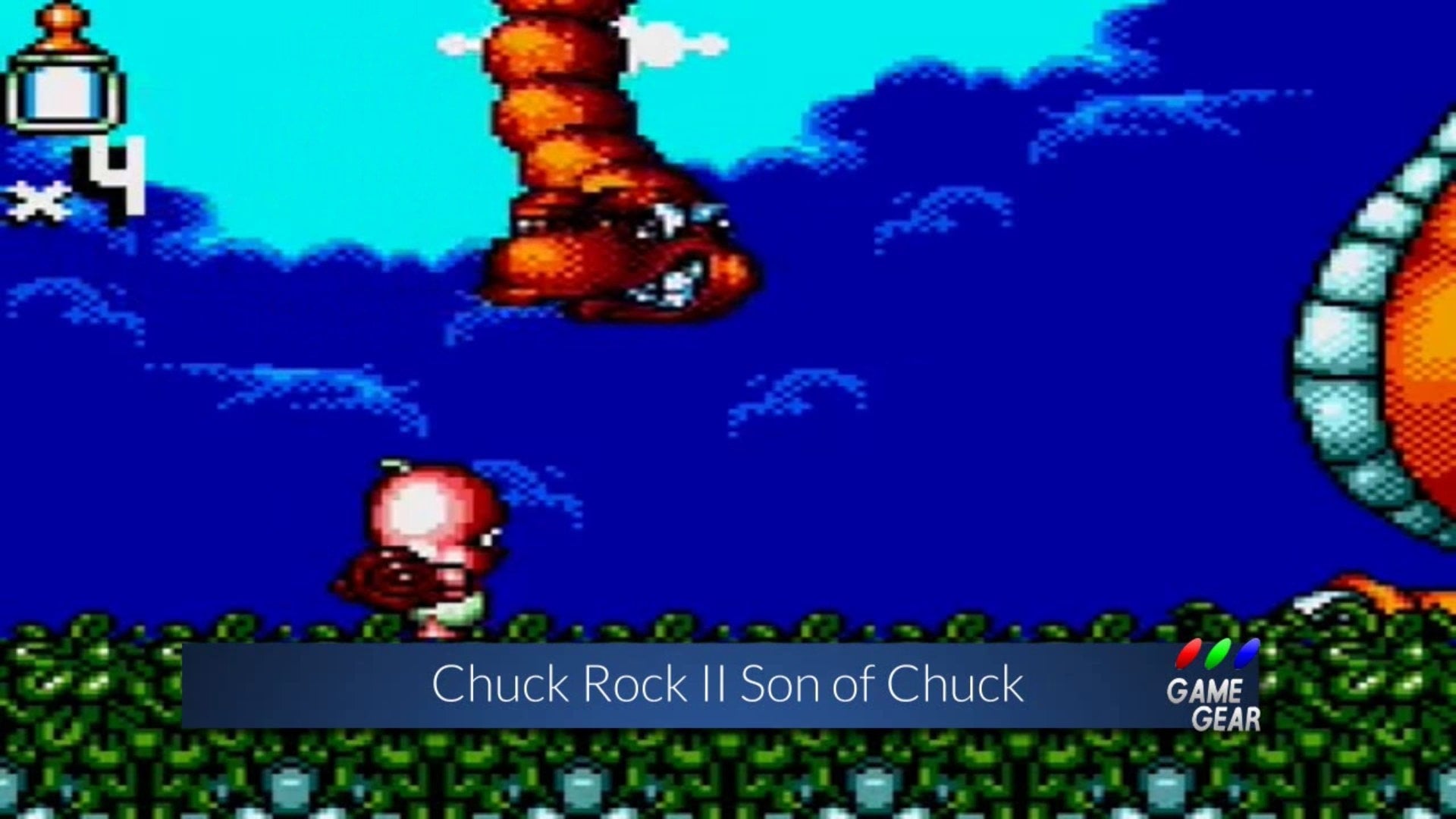 Among all the games I spent entire afternoons in Game gear, to which I bought the accessory of the magnifying glass to, supposedly, enlarge the screen in sight (without much luck), I highlight two, although one is a saga of games rather. On the one hand, the Sonic Triple Trouble. Unbeatable version of the blue hedgehog SEGA that nothing had to envy the 16-bit ones; much better, for example, than the Sonic 2 who also had or that the Tail's Adventure that they lent me. And on the other hand, the Star Wars: Return of the Jedi, that between the music faithful to the film and Luke with his sword of light transported me to another world. Here it was not about launching Kame Hame Ha against Frieza as in the NesBut defeating the empire also had its point.

The truth is that, despite everything, I always wanted to have a 16-bit console. Something that now seems to be in my hands again with the new versions. Because I still remember the afternoons I spent at my friends' house when they invited me to play and we did the typical thing of passing the command or directly playing doubles when possible. There I was bitten by the bug of RPGs with games like Shining Force II, Phantasy Star IV or Soleil (Here I was rather just watching how my friend was progressing in the game, but I still liked it). Games that, without a doubt, I would not mind playing again to relive those afternoons. Who would not want to play Sonic, Sonic 2 and Sonic 3 hooked on Sonic & Knuckles and look for the emeralds to become a Dragon Ball style "super warrior" (well, actually only Sonic, who turned yellow with the spikes up)? Or the hilarious Earthworm Jim, that space worm that used its head as a whip (Groovy!). 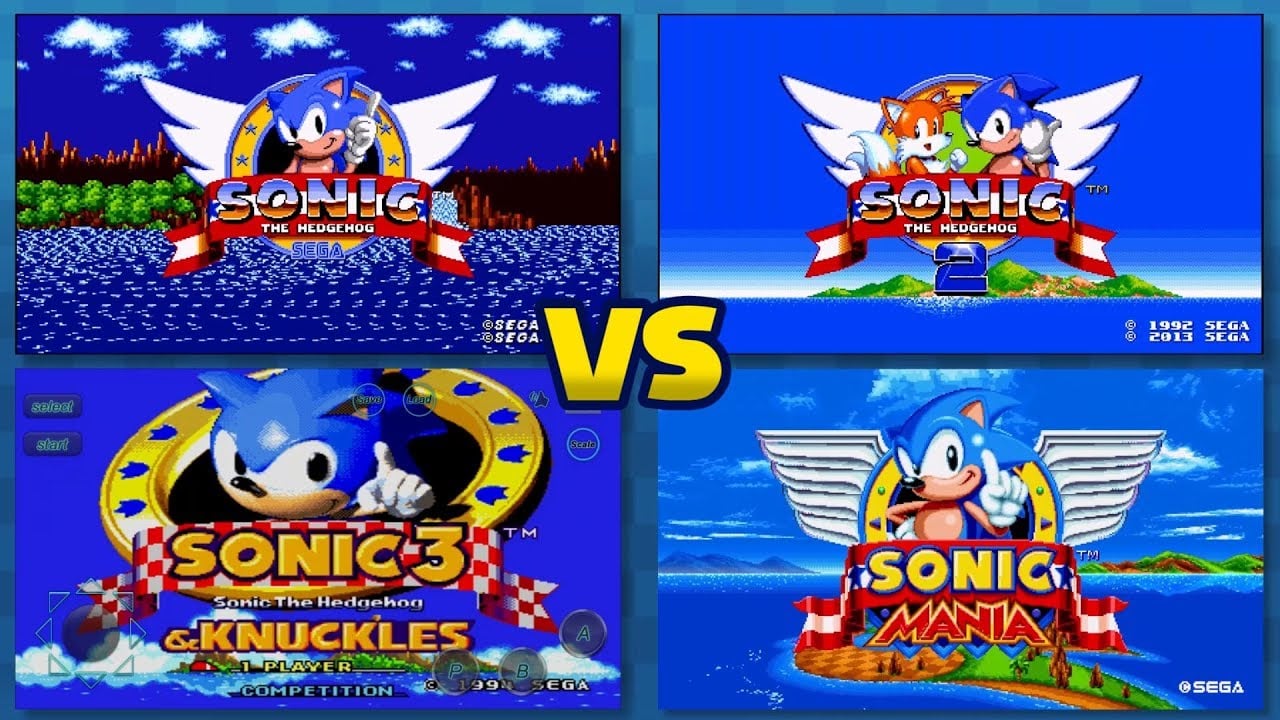 Years later, these consoles were left in the drawer with the arrival of the new generation of devices such as Sega saturn or PlayStation. I still remember the first time I saw Lara Croft moving in tomb Raider and I thought about how real it looked. How much I had to see then! But few games I will remember with as much affection as those that introduced me to the world of bits during my childhood and adolescence. Games that all young people of this new millennium should try to know the roots of the current video game industry and, why not, to see what it takes to have only three lives to reach the final boss. 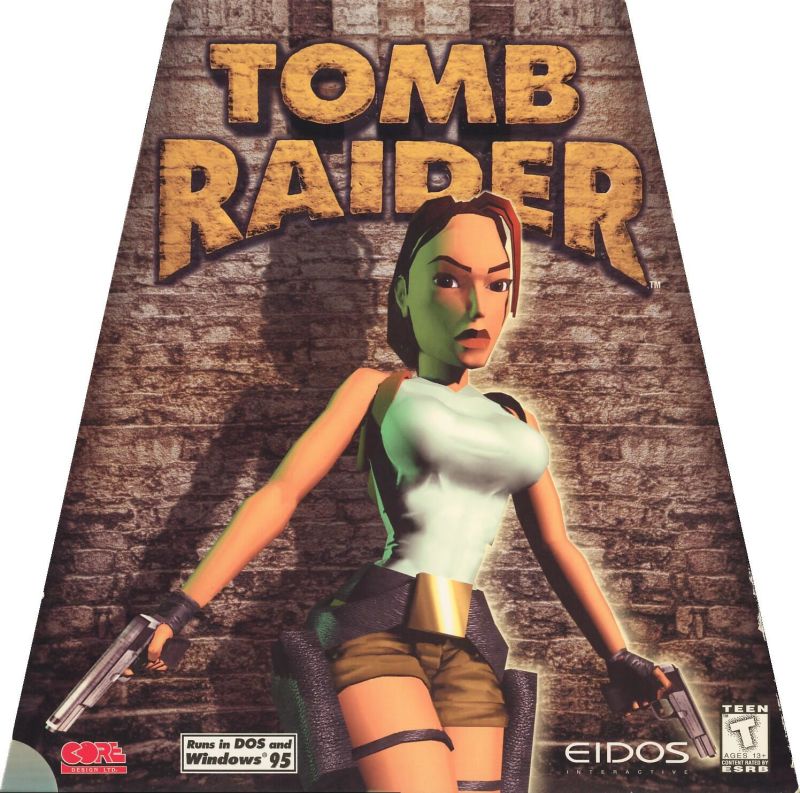