Manic Miner: Story of a Legend and Its Creator

In all the returns of the 80s, the reappearance of the ZX Spectrum is the most anticipated. At least, it's among middle-aged geeks who have a warm feeling just thinking about their rubber touch keys and fuzzy sprites.

Launched by Sir Clive Sinclair in 1982, the home game console sold a million, inspired a generation to program, and hit the start key in the British game industry.

Those who had a ZX Spectrum Originally they will know that the defining game speccy was Manic Miner. Launched in 1983, it's a devilishly difficult platform game featuring a miner named Willy, who was assaulted by enemies like biting toilets. At the time, this was somewhat innovative.

Manic Miner still has fans around the world. However, few people know that Manic Miner was the brainchild of a 17-year-old boy from New Brighton in Merseyside, named Matt Smith, who has since become an enigma. 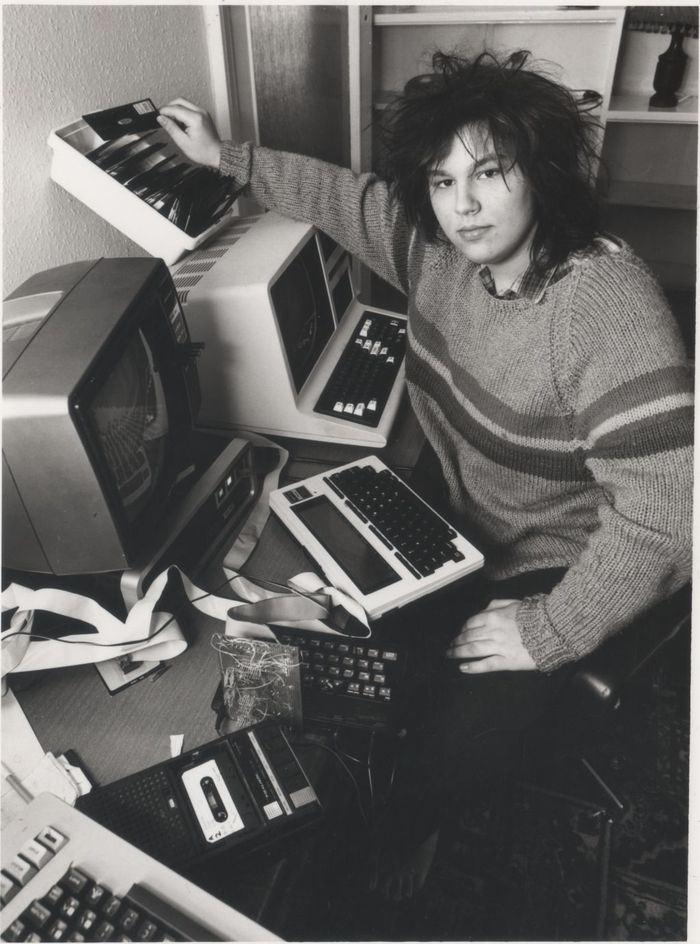 In the early 1980s, Liverpool was at the epicenter of the fledgling entertainment software scene. Programmers like Smith were treated like rock stars and, like many rock stars, their royalty checks quickly disappeared into thin air.

After his initial success, Smith's productivity dropped to a drag; While Manic Miner had taken eight weeks to develop, its sequel, Jet Set Willy, took eight months. The endgame in the proposed trilogy never appeared at all. His job title, miner Willy Meets the Taxman, is often thought to hint at some of the other issues he was dealing with.

Tired of all the pressure, Smith disappeared from the radar. In the early news, a website appeared, Where's Matt Smith? as eager fans tried to locate JD Salinger from the schedule. Fans finally traced him to a commune in the Netherlands, where he was working in a factory. Two decades later, the lost gaming legend has returned, living with his mother in Wallasey.

Elite owner Steve Wilcox regrets wasted talent. He is truly unique. So smart, but so messy. He could be a significant star if he wanted to. I would love to see him do more, but I am not confident that we will ever see another game, unfortunately. ”

Manic Miner's reputation, meanwhile, has never stopped growing. its economy memory (the Speccy had a mere 48K memory) has put it in the syllabus for grade-level computing courses.

Smith has since conducted a handful of interviews. In one that can still be seen on YouTube, he concludes: “Five years ago it was a disaster. Ten years ago, it was history ... Now i'm a legend «.

Here are two interviews, the most recent one:

Who knows, maybe Smith is reunited with a new generation of fans.

The most remarkable thing about the game is that it contains many phases (20 in total), something unprecedented for the time.

The surprise starts from the loading screen itself. It is a 'mobile' loading screen in which the words Manic and Miner alternate. A very clever trick that makes use of the Spectrum's ability to toggle color attributes called Flashing.

In the main menu, the tuning of the 'is includedThe Blue Danube' of Strauss. The melody is played by a virtual piano that is pressing the keys.

The 20 Manic Miner screens are as follows:

Those who played the version of Load'n'Run (Minero Loco), they will remember the funny translation of the phases. Unfortunately we have not managed to collect the titles (although we remember for example that of the Cubil de Eugenio)

The most significant thing about this game is the sense of humor it has, from the design of the enemies (toilets, mutant phones), to the Game Over screen in which a gigantic foot crushes the character (very Monty Python style), going through an enemy who parodies a co-worker (This Eugene must have had the bathroom as headquarters). Graphically it is not one of the best games, but it stands out in other aspects. 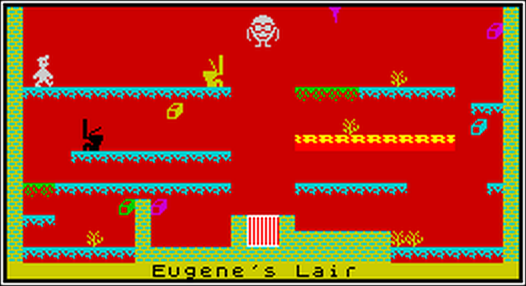 The sound also deserves a special mention, not for its spectacularity or variety, but for achieving the merit of playing a melody while we play. It was a great technical merit for the time and for the platform used.

Each of the phases or caverns is populated by several enemies that we must overcome. Sayings enemies continue fixed paths, so to pass each phase we must previously study their movements and locate the route to follow, yes, without relaxing excessively since we have a oxygen bar shaped timer, that once consumed will make us lose a life (we have 3). Other ways to lose lives are simple contact with enemies or other deadly static elements (a kind of bushes) or falling from an excessive height.

At the end of each phase we will be rewarded in the form of points depending on what we have left of oxygen. We will be rewarded with an extra life every 10,000 points, so it is quite important to collect them. In the version of Load'n'Run we are given the possibility to choose infinite lives, something that makes it possible to reach the end of the game while maintaining sanity.

Manic Miner introduced some elements that continued to be used in other titles of the genre, such as conveyor belts, moving floors, or quicksand.

It is one of those classics that created a school.