The year was 1992, it was the end of December and after many months of saving, I finally had the glass jar of chickpeas full of crumpled bills and 200 and 500 pesetas coins. He had deliberately waited almost a year for two reasons; to raise enough money and because my uncle, who already had tables in this "little machines" had convinced me to wait, since he believed that at Christmas there would be good Console packs plus some games.

The fact that the game you wanted with the console came to you was not turkey mucus, since otherwise you had to buy it separately and they were around 5000/8000 pesetas depending on the title, it was the equivalent of now buying some PS4 for 250 € and games are between € 100/120.

And finally came the day. I stood in the Corte Inglés and was already hysterical; Will the pack remain with the game? Will it be at the price indicated in the brochure? Will a damn posh repelled from his dad's hand take the last one from under my nose…?

But there it was, inside that bullet-proof glass case with double bolt where the Corte Inglés kept the consoles, I never understood why, from that one the magnetic alarms already existed. Did they expect a robbery of four pre-teens waiting for fill the pockets of cartridges of Sonic and Tetris? Anyway, going back to the topic; I went to the seller and told him if he had the pack of Game gear more Columns (Game very similar to Tetris). He went to the showcase, looking for the key among a bunch, opened it and took out the box. At that moment my heart was coming out of my mouth, I gave him my crumpled bills and shot out of there on the way to the car with the precious package.

Shortly after I was already at home preparing the device, it weighed a quintal and needed 6 AAA batteries to run a few hours, it was the price to pay for having the latest of the latest: 3.2 ”screen with 160 * 144 pixels at all Color on an LCD screen that burned your argggg retina sure myopia rose, but it was wonderful I had never seen anything like it, the hyperpixel animations were incredible, it was like having a Master system portable but laptop had little. It was so big and heavy that I hardly left the house with it but I did not care, I had in my hands a beast of 8Kb of RAM, stereo MIDI sound and up to 32 blinding colors on the screen simultaneously Oh my God !!!!! 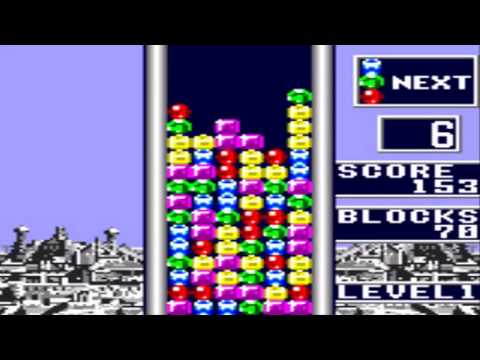 The Game it brought was the Columns a plagiarism of Tetris but extremely addictive. I spent months with him until I was able to buy the Sonic The Hedgehog. That was a before and an after. I remember my colleagues hallucinated with the graphics, the hedgehog looked great, it was a much more colorful and difficult game than Super Mario Bros. Nintendo it's for children! I was saying to my colleagues hehehe!

The games of that time were still a real challenge. You could spend several hours playing and at the last moment, wham! A bad jump and the last life ended, and you turned off the console frustrated and with your head kicked, but with the pride of the work done. The next one I will go further, he told me ...

I was going against the current. They all had the Game boy wave Nes and it was the only one in my class that had the Sega console. I remember that I traded it a lot of times with my friends for one of the Nintendo consoles. My uncle also took it from me often, much to my regret, to give the Columns some vices. He had the record and I could never beat him.

Over time the Batman Returns passed through my hands, which was so difficult that it was a great challenge to get through the second phase. At the cost of my mental health and my nerves I managed to finish it at last thanks to a little help from my uncle.

I also had the Monaco GP, Spiderman against Kingpin, Golden Ax and some more that I don't remember anymore.

In the end, back in 1996 I ended up selling it to a classmate and with what I took out and a little more the Playstation caught me, but that is another story….